The Newport Visual Art Center hosts a fun event every year. It’s the Pushpin Show. Anyone in the community can bring their art, whatever it may be, and place it in the show. The basic requirement for flat art is that you can attach it to the wall with 4, or less pushpins. Always a wonderful variety of work and this year is no exception. Here’s my entry.

This is certainly one of the most photographed views on the Oregon Coast. I’d say dozens if not hundreds of people on some days will take this picture. Here’s one of my own, taken on medium format film. That at least is probably less common. 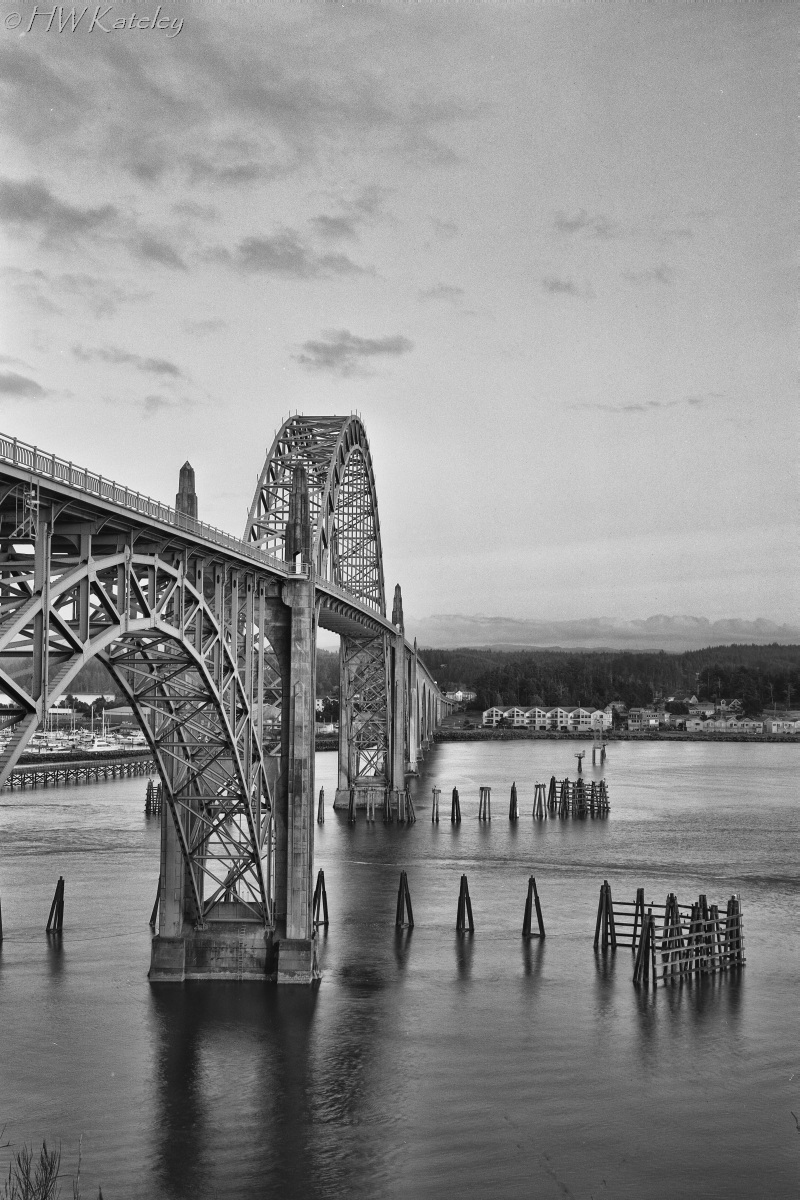 Ran across this old tug just sitting by the road. I have no information on it however. You find interesting things on the Oregon Coast. 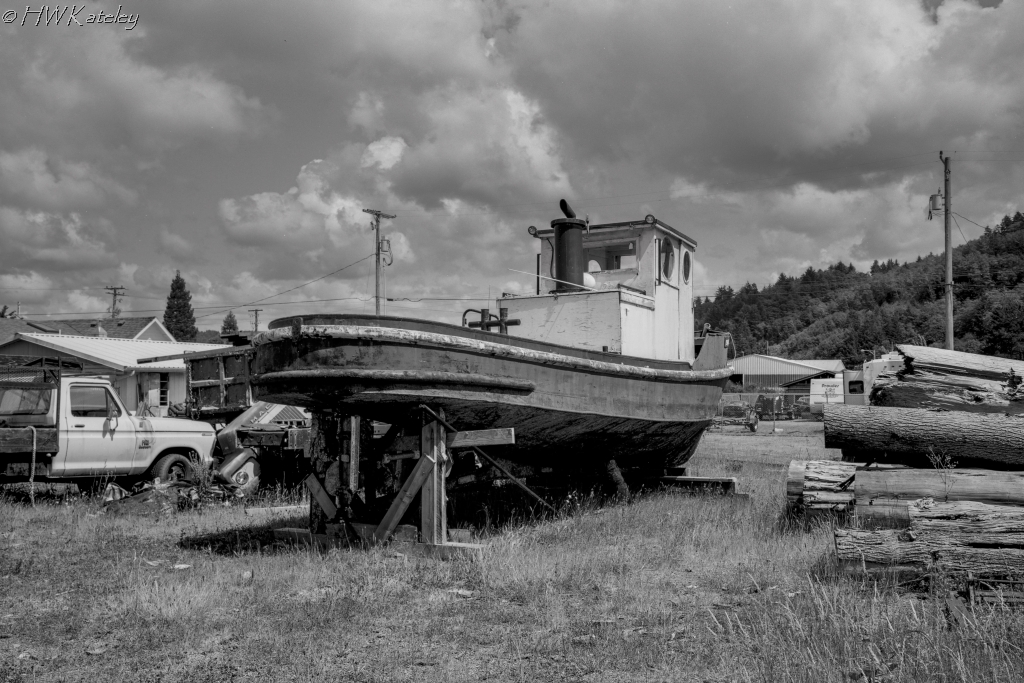 Had an excellent calm evening to capture this long exposure on the bayfront in Newport, Oregon. 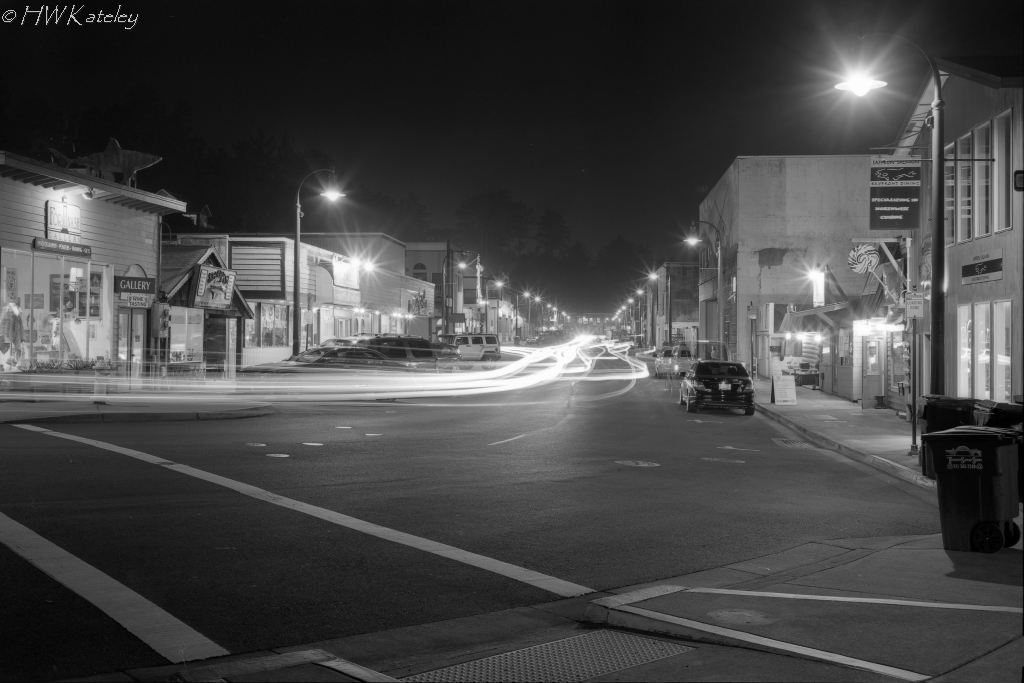 On a recent trip I was able to take a few extra hours and travel part of the historic Highway 30 that more or less parallels interstate 80 through Nebraska. It rolls through several small towns and has a kind of roadside history which I find fascinating . 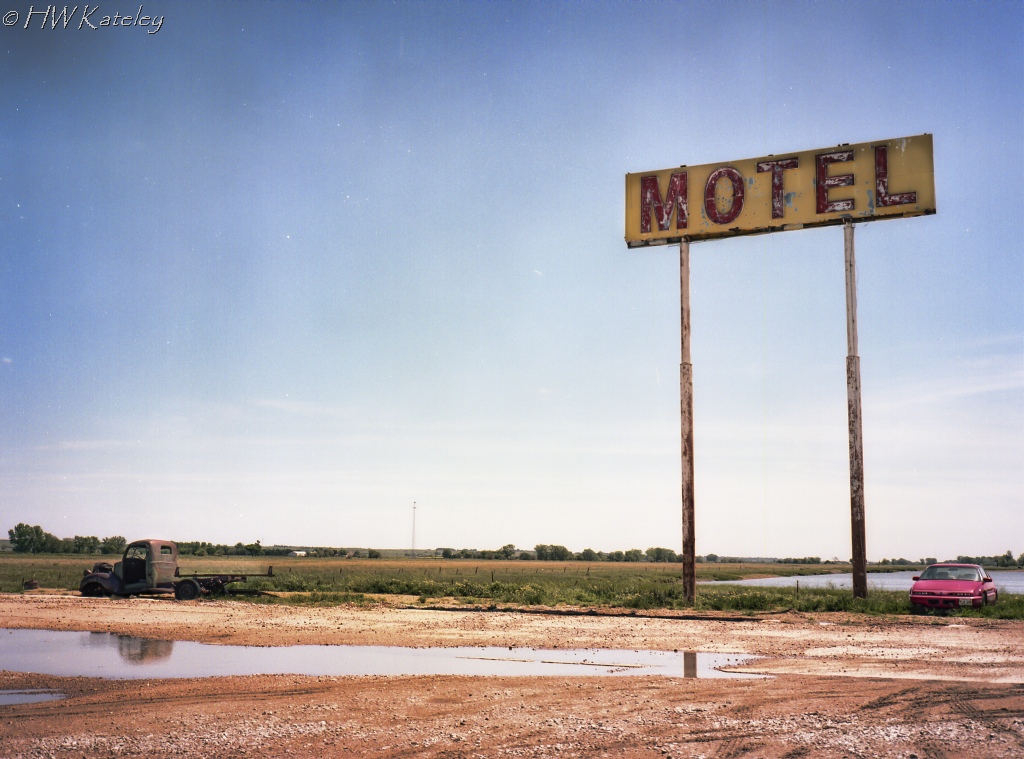 There was no motel, just some kind of truck garage and a large irrigation type pond. I could not even tell where the motel had stood. 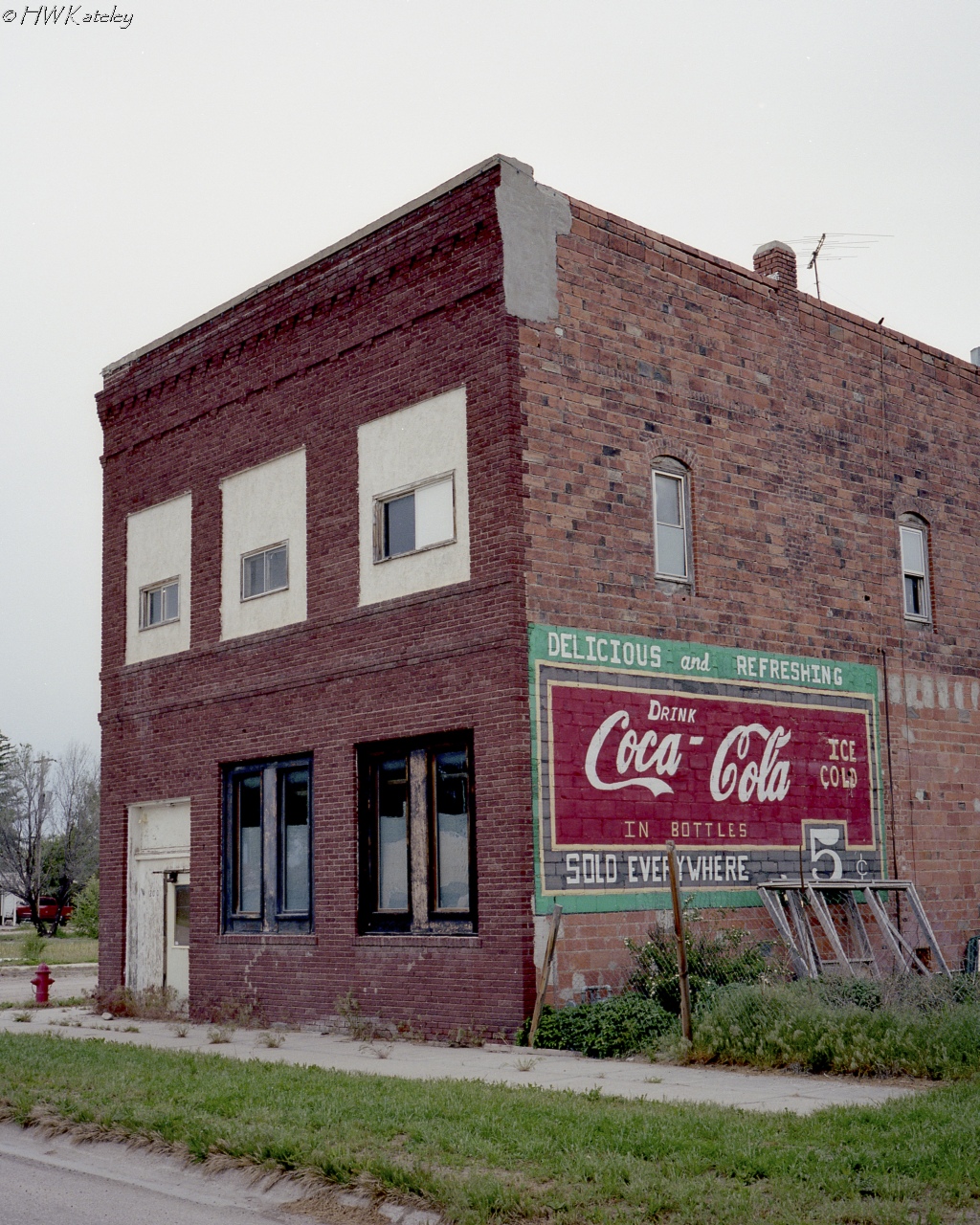 This apparently long closed store is in Broadwater, Nebraska. Someone has taken care to restore the old Coca Cola sigh on it’s outer wall. 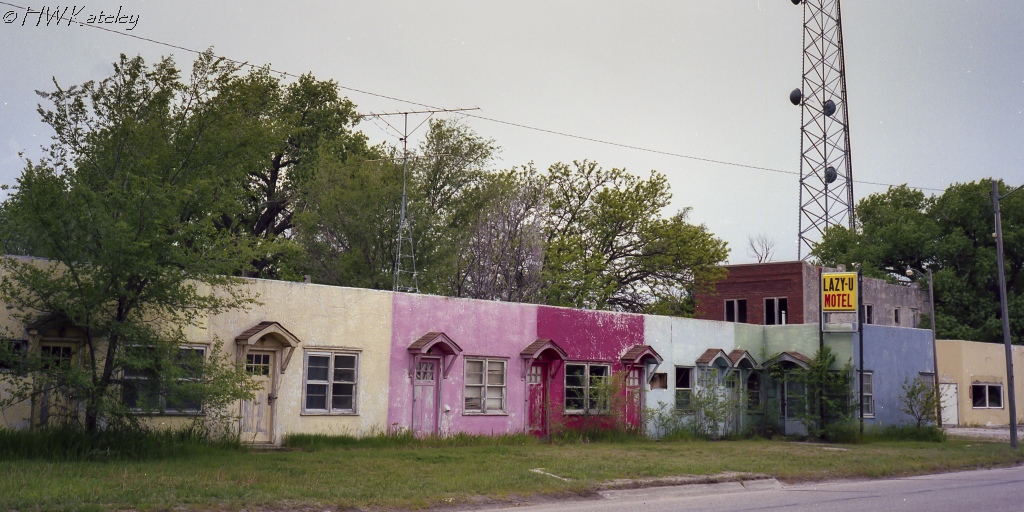 Also in Broadwater, the Lazy U Motel. Very cool looking place. Hard to tell how long it had been closed, but apparently quite awhile. 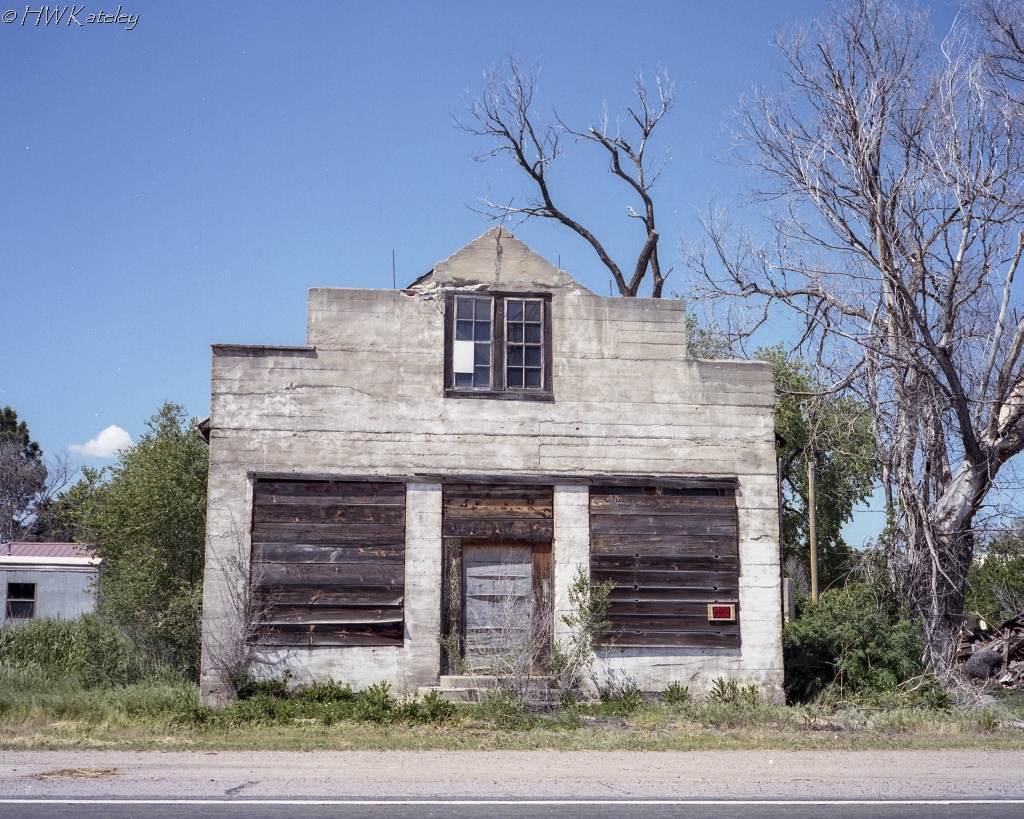 Another old business. Sadly, there are many of these along the route. With some you can tell what they were. Others, like this one, are more of a mystery.

The photographs are all film. The camera used is small medium format rangefinder made by Fuji.
These and other images, will be placed in my Nebraska Gallery on fine art america.
FAA Gallery

The wooden utility boat “Welcome”. Now resting behind the Maritime Museum in coos Bay, Oregon. It was a perfect day to capture this historic vessel using traditional black and white film. 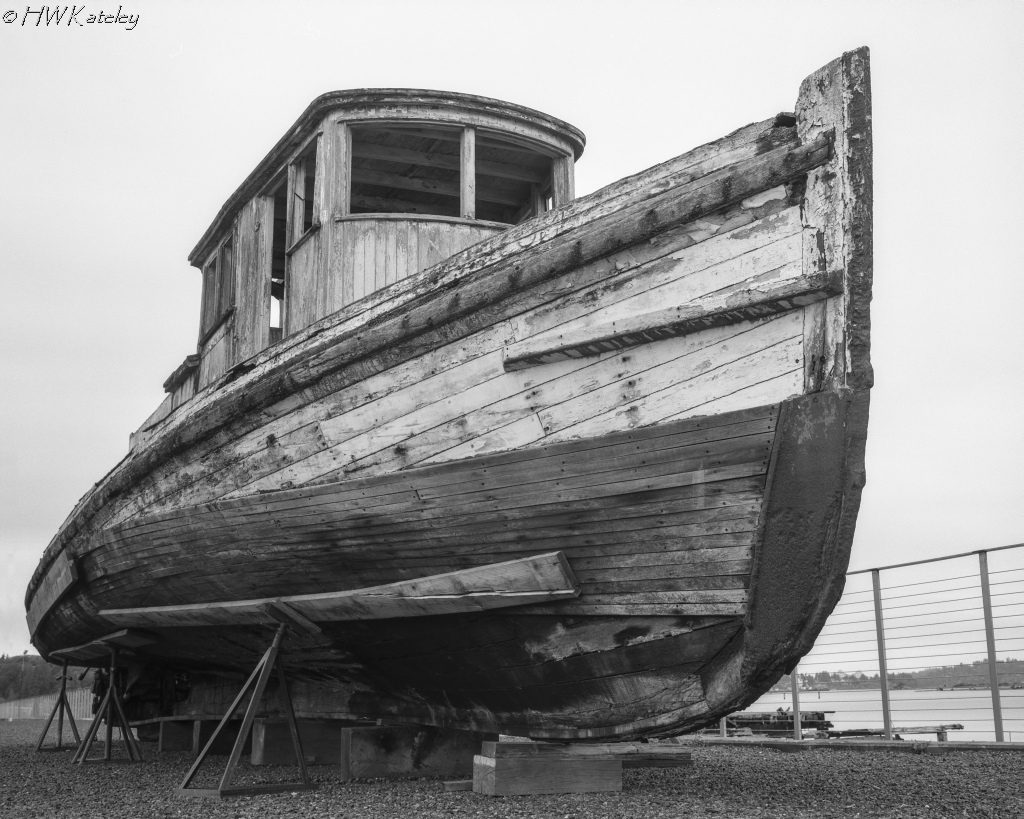 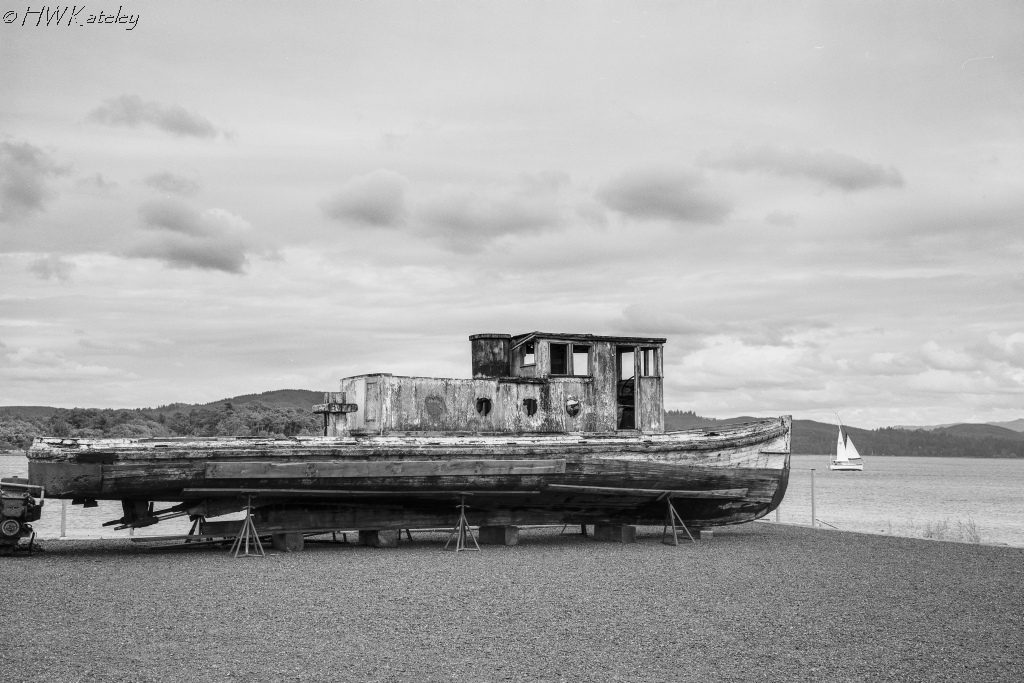 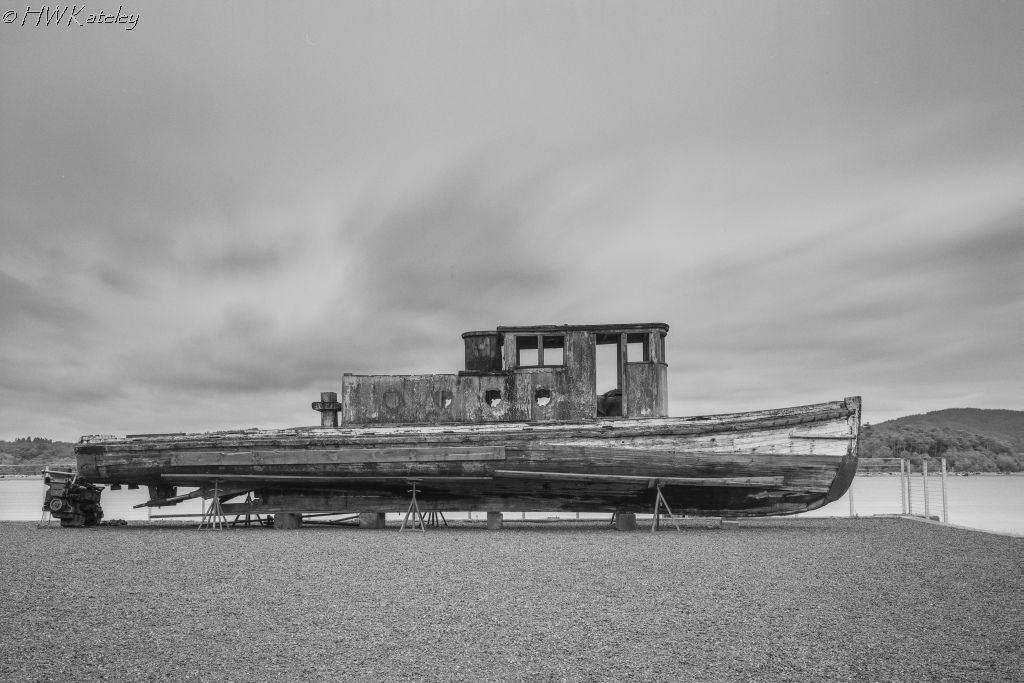 Additional photographs have been added to my gallery on Fine Art America. More Photographs

I had a great visit to the Clatskanie museum. Upon asking about local historic places, I was told about an old mill site east of town that still had the burner standing. Once common in the northwest, there are not many of these left.

While shooting, the towns Mayor came by and gave me a rundown on the history. The original mill had burned, and later the landowner had donated the land to the city. It’s a beautiful wetland area with sloughs that were dug for log rafts. 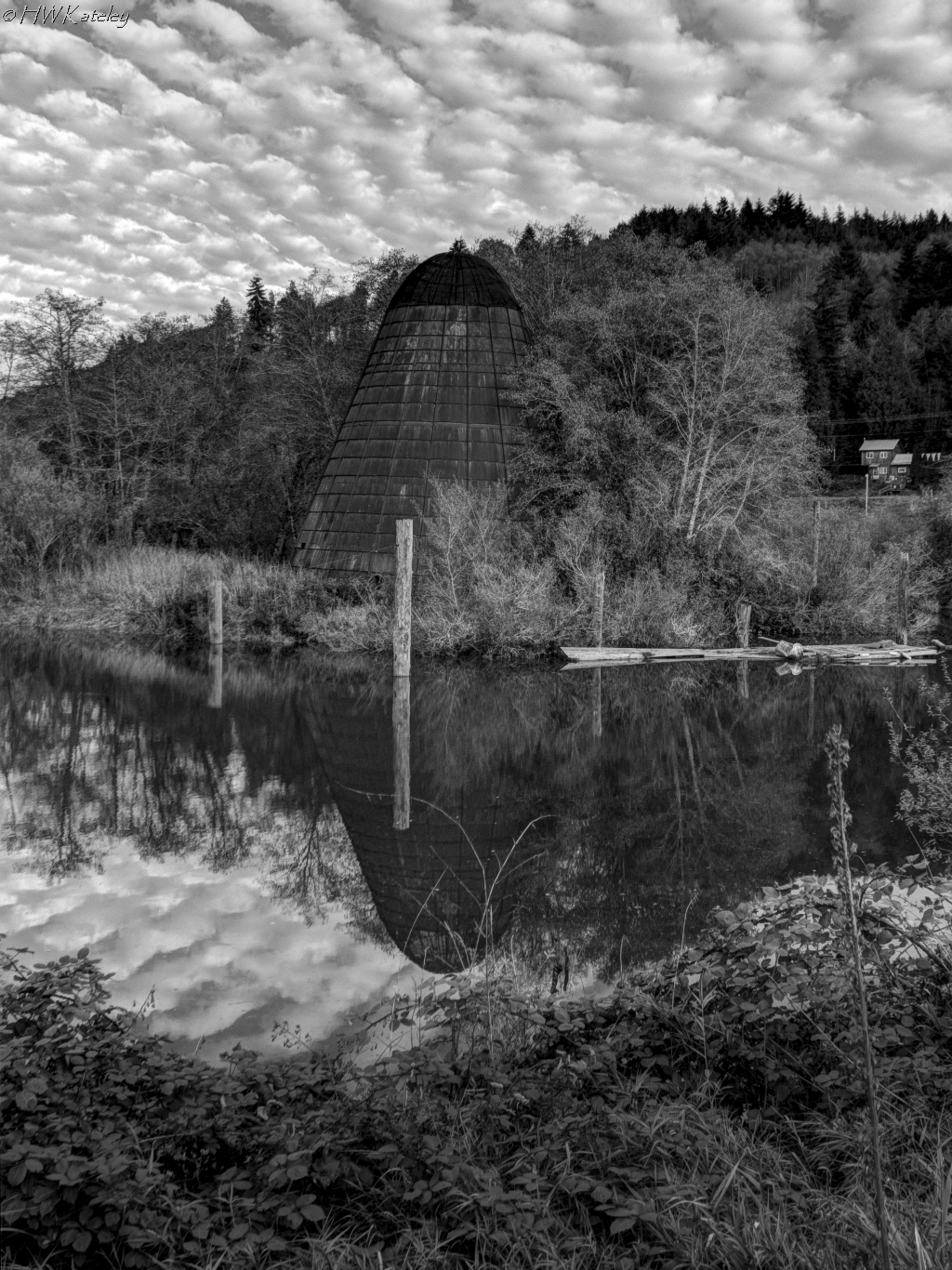 Some incredible lightening lately, and very unusual for early Sept. 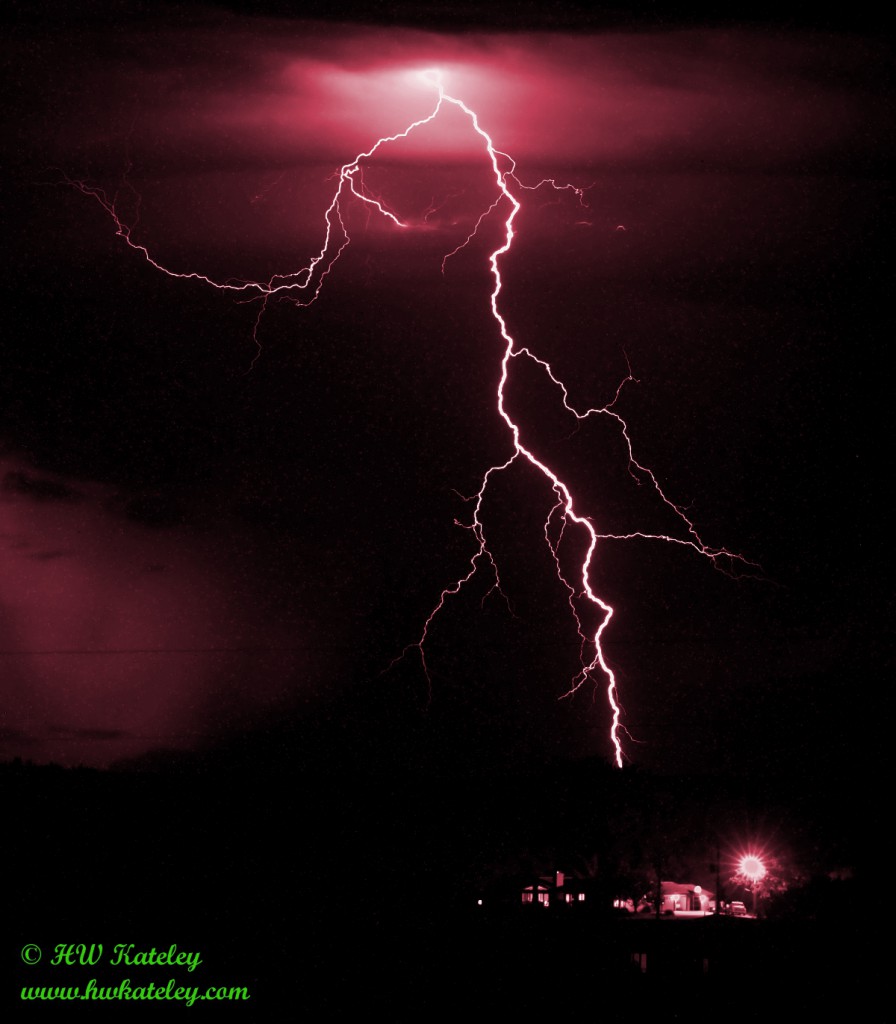 Print may be purchased here

I caught this the other day in Rapid city. 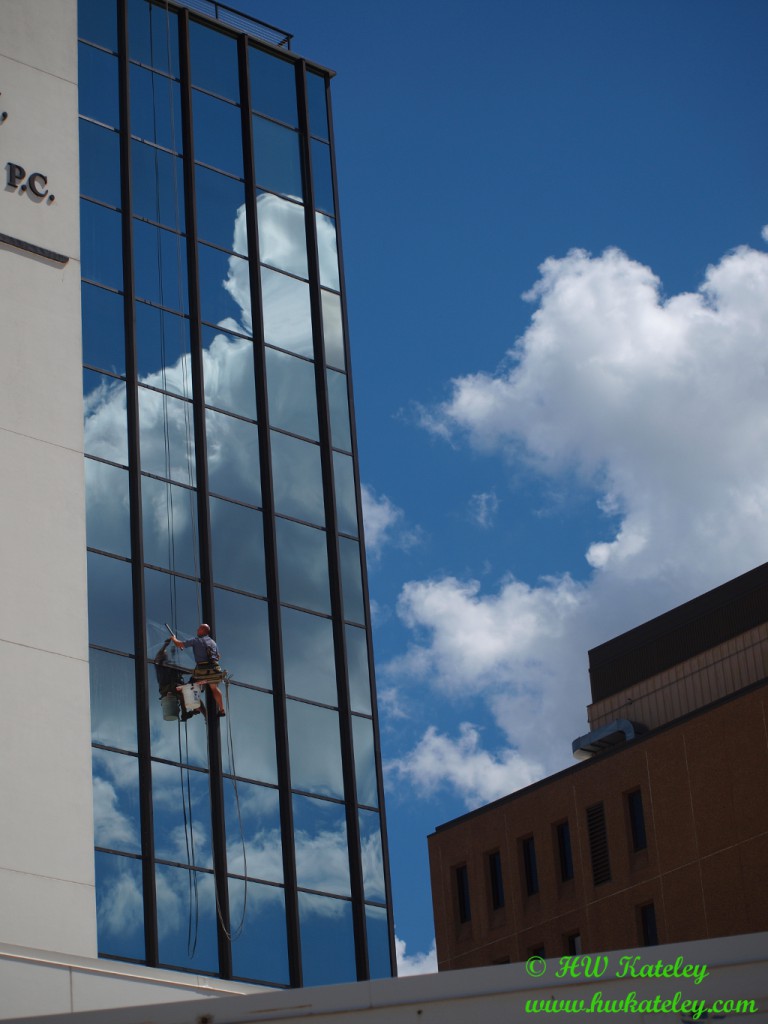 With the tree thinning in the park to remove the fire killed trees, some nice views have opened up. 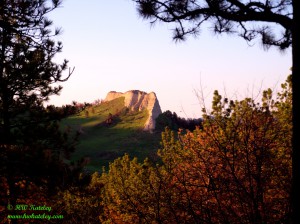